Give chemicals a ‘break’ 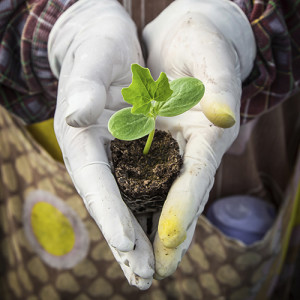 Originally published by Times of Israel
By: David Shamah
Other publications: finance.yahoo.com

As a type of pesticide, biopesticides, of course, are supposed to kill bugs, or, preferably, keep them off crops, by using natural, organic methods, instead of chemicals. However, the field is relatively new, and as of now there are no biopesticides strong enough to handle the entire growth cycle. There are various technologies to produce biopesticides, such as using plant extracts to develop organic chemicals that can be applied to plants and crops, along with microbial biopesticides based on using bacteria, fungi and yeast extracted from plants (Stockton uses both, said Ziv Tirosh, CEO of Israel’s Stockton Group).

Though promising, wide-scale, cost-effective production of genetically engineered biopesticides is years away. “A lot more research is needed, and the small start-ups that generally work on these projects don’t have the money or resources needed,” he said. The infrastructure – from the marketing and sales channels to the methods of application – is all geared towards chemical pesticide treatment, so replacing it is a non-starter.

However, Tirosh said, biopesticides can – and already do, thanks to Stockton – play a crucial role in assisting chemicals do a better job. “If, for example, a cucumber crop will be sprayed ten times, we could replace two or three of those chemical pesticide sprayings with biopesticide sprayings that will have an important impact on the final results.”

Timorex, Stockton’s main product, has been feted not only by the EU, but by industry as well. The company won this year’s Agrow Award (given out by agriculture industry information giant Informa Agra) for the best new biopesticide. 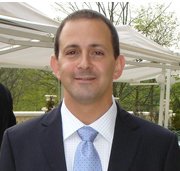 One clear use case for biopesticides, he said, was towards the end of the growth cycle. When a fruit or vegetable is sprayed with chemical pesticide, some of it is absorbed, but most of it washes away. “Growers are reluctant to use chemicals at that point because they don’t want any residue when they being the crops to market,” Tirosh said. At that point, many farmers prefer an organic solution – like Stockton’s biopesticides – which, if not as effective as chemicals, are still quite effective, and do the job of protecting crops as they make their way to the dinner plate, with fewer chemicals.“The statistics on population growth and the need for more food are well known,” he said, pointing to studies that say there will be as many as 8 billion people in the world within 25 years. “Chemical pesticides are by far the most effective way of keeping infestations out of crops and ensuring that there is enough production to feed the world.” As such, he said, biopesticides will not replace chemical pesticides anytime soon. “They just cannot be used as effectively, cheaply, and on as large a scale as chemicals. But in a supporting role, biopesticides can greatly enhance agriculture.”

“There are use cases for using biopesticides in other parts of the growth process as well,” Tirosh said – for example, replacing one or two of the chemical sprayings just to keep bugs from having access to them and building up a resistance. Thanks to biopesticides, chemical pesticides can have a longer, more effective life cycle in agriculture.