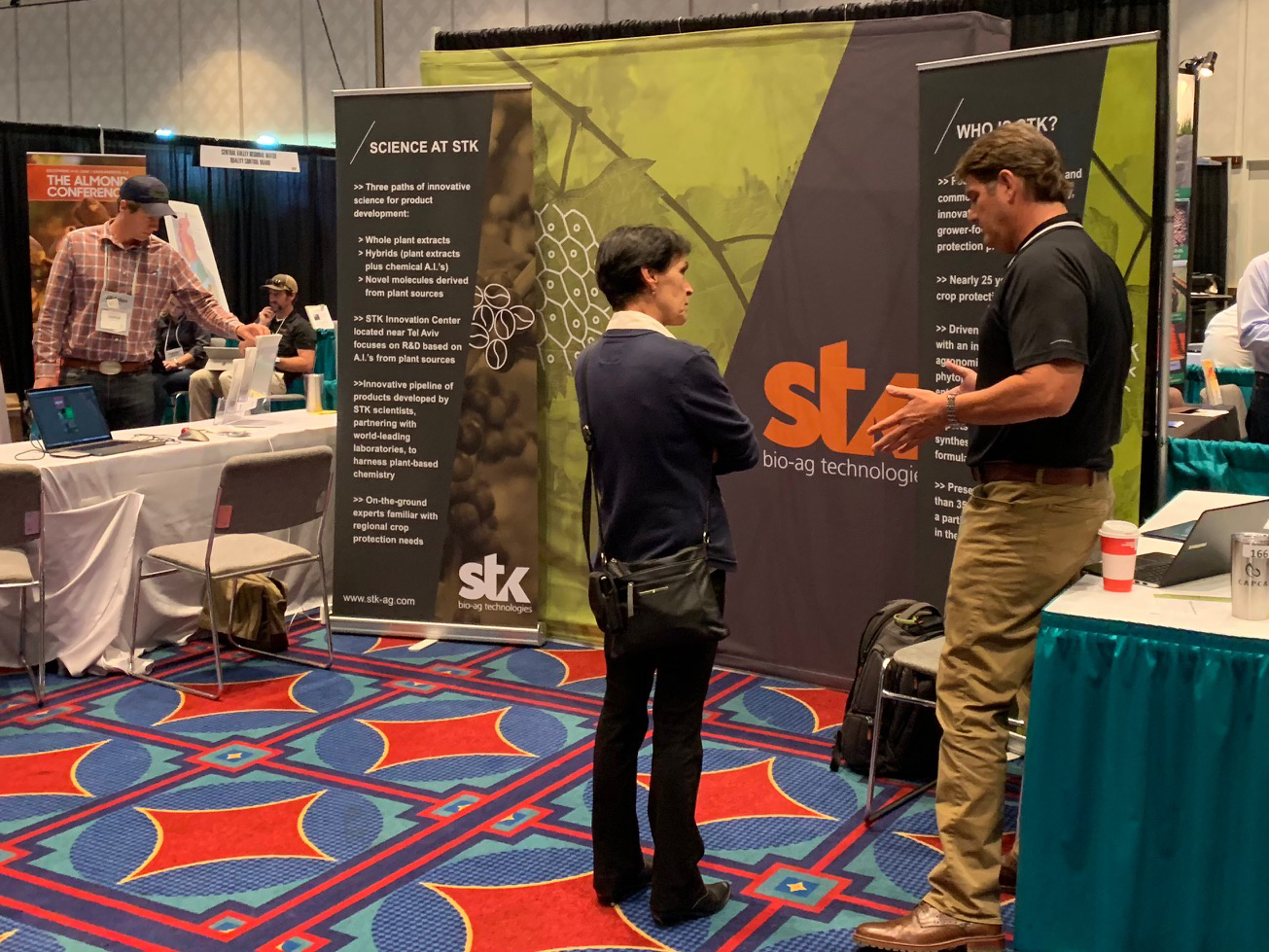 The STK USA team included Jake Mortensen, Dave Cole and Mark Russell. The team’s focus was on presenting STK as a world-class biopesticides technology company,  with an emphasis on AVIV Bacillus subtilis biofungicide, which was approved for use in California earlier this year.

Over 60% of all produce consumed throughout the US is grown in California.  Regulations on California crop production require that a written recommendation from a Pest Control Advisor (PCA) be produced before any inputs, such as fungicides, can be applied. This makes PCAs a critical link between STK and growers in California. This year’s CAPCA Conference was attended by several thousand growers, including nearly 1,000 PCA’s, many of whom the STK team met with during the show