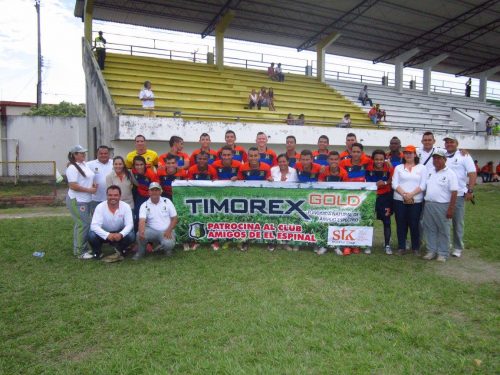 Stockton STK, a leader in development and commercialization of botanical-based crop protection, have decided to sponsor Club Amigos del Espinal, a team of young soccer players in Tolima, Colombia.

The initiative of sponsoring a football team was in memory of the late founder of Stockton, Mr. Peter Tirosh, a distinguished individual who made a profound and enduring contribution to the crop protection industry. Mr. Tirosh was held in high esteem by the hundreds of industry professionals who knew him and had the privilege of working with him in each of the countries where he was present and generated strong bonds of friendship.

“Early this year, Stockton began the development of an important  social project for a young soccer players in Colombia reflecting our appreciation to this country where we operates for many years and with direct connection to a Rice area in Colombia and its population  “explained Guy Elitzur, CEO of Stockton. “For this initiative, we have decided to sponsor the team Club Amigos del Espinal, a team of this town in the department of Tolima, which promotes the development of soccer for boys to young men under 23 years, in order to help them achieve their dreams of being part of important national teams and because no international.”

The team is made up of boys from different municipalities with the support of their parents, relatives, friends, private enterprise and government get the resources for the practice of sports, participation in tournaments and living costs. Currently the team participates in a Regional tournament Sub 20 and hopes to participate in other regional and national tournaments.

Who said it is all work and no fun?