A finalist for Best Marketing Campaign at the Agrow Awards 2016 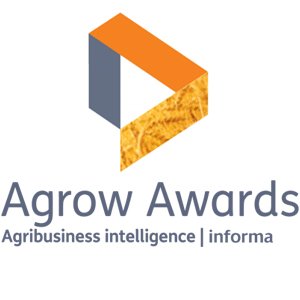 Stockton STK, a leader in development and commercialization of botanical-based crop protection, was selected as one of the six finalists in this year’s Best Marketing Campaign for the radio and media Timorex Gold® Campaign in Coffee Rust. The award is designed to recognize creative excellence in the marketing and advertising of crop protection products and services.

The coffee leaf rust or Hemileia vastatrix, is a fungus which spreads easily through the air on spores. Once it infests a plant, it is almost impossible to contain. The leaves will eventually fall, striping the tree bare. If not treated properly, within a few years, the tree will die.

On the one hand, Stockton’s primary focus was to provide a learning experience for farmers, big and small, by creating workshops, seminars, as well as reaching out to community leaders.  On the other hand, Stockton was facing a communication gap due to language barriers, distance and poor education throughout the coffee growing countries in Central America. In Guatemala, alone, there were eight coffee regions that needed to be reached, a challenge of 25 Mayan languages, as well as Spanish, in addition to the fact that most were poor farmers with little or no education.

Stockton set out in creating a global message of a new innovative product that was going to effectively bring a solution to this epidemic which was wiping out coffee crops and causing billions of dollars in damage.

“Stockton faced a challenge of find a balance between the degree of standardization and adapting to the local situation, yet establishing key messages that would be in common and lead to the success clear across Latin America,” explained Guy Elitzur, CEO of Stockton.

Stockton set out to create a radio and internet media campaign that would capture the attention of the targeted audience. It was necessary to have a compelling message that would let the farmers know that we wanted to be their partners, and to offer them an effective and sustainable solution that would control the devastating plant disease known as Coffee Rust.

“Our communication goals were achieved, and our messages were understood by our target audiences. Soon, farmers everywhere were talking about Timorex Gold® as a result of our radio advertisements. The media started reporting Timorex Gold® as an effective solution in the fight against Coffee Rust. Enquiries started to stream in, together with requests for joint collaboration with cooperatives and associations in various countries. Coffee farmers and others, volunteered to enable field trials to be carried out on their farmlands using our product. Resultantly, already-existing registrations for Timorex Gold® in coffee growing countries were extended, new distribution channels were created, and, obviously, sales increased,” Guy concluded.

Winners will be announced at the Awards Gala scheduled to take place on September 21st in London, England.